When It Comes to Installation, xPDF Has a Hex on It If you are looking for a fast, reliable, trouble-free, lightweight PDF viewer, and you stumble upon xPDF in your distro’s app listings, keep stumbling. Chances are it will not run on your Linux configuration. 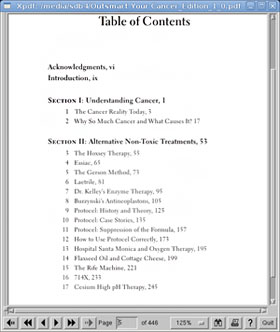 In theory, xPDF is a promising alternative to PDF viewers available for the Linux desktop such as Adobe PDF Viewer, Okular and Evince. It is a fast and light application that does not exhibit sluggish performance in handling bulky PDF files.

Another nice attraction is its cross-platform roots that let you use the same viewing tool whether you view them on Linux, Mac or Windows computers. It also has an interesting set of command-line tools to extend its usefulness.

In practice, however, chances are you will download xPDF to find that it loads but will not work — or it will fail to load at all.

xPDF is fraught with uncertainty. If it loads at all, the app displays its blank viewing window. So far that is what it is designed to do. However, when you try to open a pdf file, the xPDF application crashes.

To be kind, xPDF is an example of an open source project that unfairly gives Linux a bad name to new users. xPDF is a freeware program ported to the Linux platform under the GNU GPL version 2 license. Therein lies the problem — bad porting.

xPDF runs nearly perfectly on my Windows 7 test computer. Reboot the same computer into a variety of Linux distros, however, and nada.

Trial and Lots of Errors

Normally I would chalk up ill-performing software to the bad luck that sometimes comes with looking at far too many titles. I would move on in search of yet another Linux package. But I kept trying — almost in vain.

Given the great variety of Linux desktop choices available, someone somewhere might have a similar positive experience. If it runs on your Linux desktop, xPDF might be worth it for you to check out.

xPDF refused to run on nearly every Linux iteration I have. It failed with Linux Mint 14, Ubuntu 12.10 and even Puppy Linux. It also failed to run on a handful of Linux distros I reviewed in recent months. The desktop environment, it seems, made no difference in getting xPDF to do its thing.

However, it did actually run on one distro. Surprisingly, xPDF worked flawlessly on the Knoppix Linux that I reviewed last week.

A notice on foolabs.com that is home for xPDF says that the package runs under the X Window System and should run on mostly any system with a decent C++ compiler. The software should work on nearly any system which runs X11 and has Unix-like (POSIX) libraries.

The operative word in that description, however, is “should.” It does not in most cases. On several instances when I tried installing xPDF, messages warned that several existing libraries may not be compatible and should be removed. The installation routine, however, did not offer to remove them.

When I manually removed them on two different test computers, xPDF still failed to run. I even downloaded an archived package from the home developer’s web site and manually did the installation. When that failed, I used traditional methods such as apt-get install xpdf. That, too, failed to get a working version installed.

I was finally able to open a PDF document using xPDF in Knoppix. I was somewhat impressed with how the PDF viewer performed. If only it worked reliably on the mainstream Linux distros.

xPDF is small and efficient. Its lightweight design is supposed to let it work without Gnome/KDE libraries to run it. As a result, it has few features and a weird interface.

The project includes a utility package that provides command line access to PDF text extractor, a PDF-to-PostScript converter, an image viewer and various other utilities.

xPDF sports a user interface that is so minimalistic that it does not contain any menu bar or drop-down menus. Most of what you are able to do is ordered through a pop-up menu when you right-click in the document viewing window.

Even opening a PDF file is done from this pop-up menu. You save it in a different file format the same way. The other menu options include viewing the document in fullscreen mode, rotating clockwise, counterclockwise and zooming the selected area.

A few navigational controls are located at the bottom of the xPDF window. These are: next, previous, first and last page. Also located there is an icon to access the print option.

Two other functions reside on the bottom panel. One is a button for setting the size of the displayed image in the viewing window.

The options range from 12.5 percent to 1600 percent in 12 increments. There is no custom option to adjust for other percentages. You can also fit to page, width or height.

You can also enter a page number in a window to jump to that location. Enter a number and press the enter key to complete the action.

xPDF does not allow copying, pasting or printing if the creator of the document imposed those conditions in the original properties of the PDF file. This limitation restricts the usefulness of xPDF for the legitimate use of archiving document content.

The application otherwise would be a handy PDF file viewer. It is much too finicky, however, in running on some of the most popular Linux distros.

The developers should address this issue if they intend to have xPDF be anything more than an orphaned project. Until this problem is solved, distro maintainers should do their users a big favor and remove this package from their repositories.