Getting Clarity on the Private vs. Public Cloud Decision 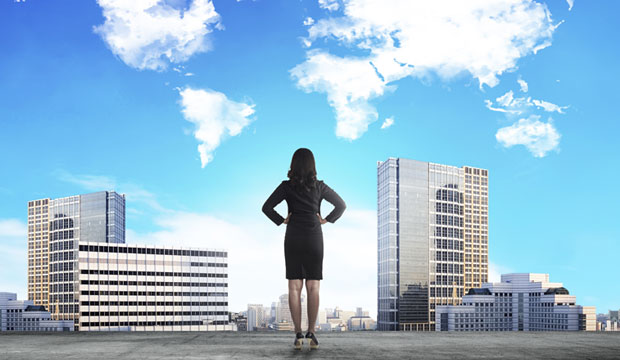 This story was originally published on June 13, 2018, and is brought to you today as part of our Best of ECT News series.

Private (or on-premises) cloud solutions can be more cost-effective than public cloud options, according to “Busting the Myths of Private Cloud Economics,” a report 451 Research and Canonical released Wednesday. That conclusion counters the notion that public cloud platforms traditionally are more cost-efficient than private infrastructures.

Half of the enterprise IT decision-makers who participated in the study identified cost as the No. 1 pain point associated with the public cloud. Forty percent mentioned cost-savings as a key driver of cloud migration.

“We understand that people are looking for more cost-effective infrastructure. This was not necessarily news to us,” said Mark Baker, program director at Canonical.

“It was interesting to see the report point out that operating on-premises infrastructure can be as cost-effective as using public cloud services if done in the right way,” he told LinuxInsider.

Scope of the Report

The Cloud Price Index, 451 Group’s tracking of public and private cloud pricing since 2015, supplied the data underpinning the latest report. Companies tracked in the Cloud Price Index include but are not limited to Amazon Web Services, Google, Microsoft, VMware, Rackspace, IBM, Oracle, HPE, NTT and CenturyLink.

The Cloud Price Index is based on quarterly surveys of some 50 providers across the globe that together represent around nearly 90 percent of global Infrastructure as a Service revenue, noted Owen Rogers, director of the Digital Economics Unit at 451 Research.

“Most providers give us data in return for complimentary research. Canonical asked us if they could participate as well. Any provider is welcome to submit a quotation and to be eligible for this research,” he told LinuxInsider.

Providers are not compared directly with each other directly because each vendor and each enterprise scenario is different. It is not fair to say Provider A is cheaper than Provider B in all circumstances, Rogers explained.

“We just provide benchmarks and pricing distributions for a specific use-case so that enterprises can evaluate if the price they are paying is proportional to the value they are getting from that specific vendor,” he said. “Because we keep individual providers’ pricing confidential, we get more accurate and independent data.”

The private cloud sector continues to attract enterprise customers looking for a combination of price economy and cloud productivity. That combination is a driving point for Canonical’s cloud service, said Baker.

“We see customers wanting to be able to continue running workloads on-premises as well as on public cloud and wanting to get that public cloud economics within a private cloud. We have been very focused on helping them do that,” he said.

“You see the rates of innovation delivered by the public cloud because of the new services they are launching,” said Baker, “but there is a need for some to run workloads on-premises as well. That can be for compliance reasons, security reasons, or cases where systems are already in place.”

In some cases, maintaining cloud operations on-premises can be even more cost-effective than running in the public cloud, he pointed out. Cost is only one element, albeit a very important one.

The public cloud is not always the bargain buyers expect, the report suggests. Cloud computing may not deliver the promised huge cost savings for some enterprises.

Reducing costs was the enterprise’s main reason for moving to the cloud, based on a study conducted last summer. More than half of the decision-makers polled said cost factors were still their top pain point in a follow-up study a few months later.

Once companies start consuming cloud services, they realize the value that on-demand access to IT resources brings in terms of quicker time to market, easier product development, and the ability to scale to meet unexpected opportunities.

As a result, enterprises consume more and more cloud services as they look to grow revenue and increase productivity. With scale, public cloud costs can mount rapidly, without savings from economies of scale being passed on, the latest report concludes.

Enterprises using private or on-premises clouds need the right combination of tools and partnerships. Cost efficiency is only possible when operating in a “Goldilocks zone” of high utilization and high labor efficiency.

Enterprises should use tools, outsourced services and partnerships to optimize their private cloud as much as possible to save money, 451 recommended. That will enhance their ability to profit from value-added private cloud benefits.

Many managed private clouds were priced reasonably compared to public cloud services, the report found, providing enterprises with the best of both worlds — private cloud peace of mind, control and security, yet at a friendlier price.

Managed services can increase labor efficiency by providing access to qualified, experienced engineers. They also can reduce some operational burdens with the outsourcing and automation of day-to-day operations, the report notes.

While public cloud services can be valuable in many circumstances, they are not necessarily the Utopian IT platform of the future that proponents make them out to be, observed Charles King, principal analyst at Pund-IT.

“As the report suggests, these points are clearly the case where enterprises are involved. However, they are increasingly relevant for many smaller companies, especially those that rely heavily on IT-based service models,” he told LinuxInsider.

An interesting point about the popularity of private cloud services is that their success relates to generational shifts in IT management processes and practices, King noted. Younger admins and other personnel gravitate toward services that offer simplified tools and intuitive graphical user interfaces that are commonplace in public cloud platforms but unusual in enterprise systems.

“Public cloud players deserve kudos for seeing and responding to those issues,” King said. “However, the increasing success of private cloud solutions is due in large part to system vendors adapting to those same generational changes.”

Canonical’s managed private cloud compares favorably to public cloud services, the report found. Canonical last year engaged with 451 Research for the Cloud Price Index, which compared its pricing and services against the industry at large using the CPI’s benchmark averages and market distributions.

Canonical’s managed private cloud was cheaper than 25 of the public cloud providers included in the CPI price distributions, which proves that the benefits of outsourced management and private cloud do not have to come at a premium, according to the report’s authors.

High levels of automation drive down management costs significantly. Canonical is a pioneer in model-driven operations that reduce the amount of fragmentation and customization required for diverse OpenStack architectures and deployments.

That likely is a contributing factor to the report’s finding that Canonical was priced competitively against other hosted private cloud providers. Canonical’s offering is a full-featured open cloud with a wide range of reference architectures and the ability to address the entire range of workload needs at a competitive price.

It is not so much a divide between private and public cloud usage in enterprise markets today, suggested Pund-IT’s King, as a case of organizations developing a clearer understanding or sophistication about what works best in various cloud scenarios and what does not.

“The Canonical study clarifies how the financial issues driving initial public cloud adoption can and do change over time and often favor returning to privately owned cloud-style IT deployments,” he explained. “But other factors, including privacy and security concerns, also affect which data and workloads companies will entrust to public clouds.”

A valid case exists for using both public and private infrastructure, according to the 451 Research report. Multicloud options are the endgame for most organizations today. This approach avoids vendor lock-in and enables enterprises to leverage the best attributes of each platform, but the economics have to be realistic.

It is worth considering private cloud as an option rather than assuming that public cloud is the only viable route, the report concludes. The economics showcased in the report suggest that a private cloud strategy could be a better solution. 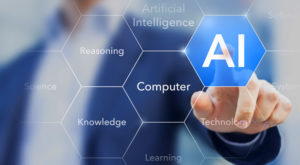 How AI Could Fix What Seems Unfixable