Shuttleworth on Ubuntu 18.04: Multicloud Is the New Normal 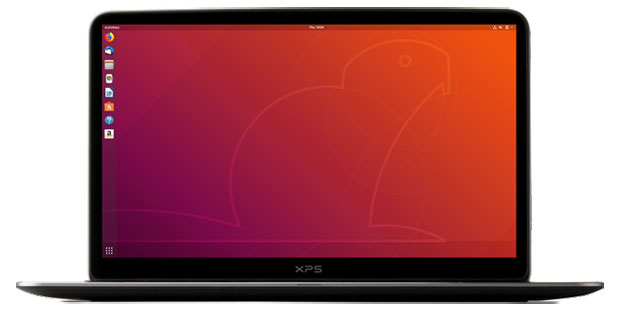 Canonical last week released the Ubuntu 18.04 LTS platform for desktop, server, cloud and Internet of Things use. Its debut followed a two-year development phase that led to innovations in cloud solutions for enterprises, as well as smoother integrations with private and public cloud services, and new tools for container and virtual machine operations.

The latest release drives new efficiencies in computing and focuses on the big surge in artificial intelligence and machine learning, said Canonical CEO Mark Shuttleworth in a global conference call.

Ubuntu has been a platform for innovation over the last decade, he noted. The latest release reflects that innovation and comes on the heels of extraordinary enterprise adoption on the public cloud.

The IT industry has undergone some fundamental shifts since the last Ubuntu upgrade, with digital disruption and containerization changing the way organizations think about next-generation infrastructures. Canonical is at the forefront of this transformation, providing the platform for enabling change across the public and private cloud ecosystem, desktop and containers, Shuttleworth said.

“Multicloud operations are the new normal,” he remarked. “Boot time and performance-optimized images of Ubuntu 18.04 LTS on every major public cloud make it the fastest and most-efficient OS for cloud computing, especially for storage and compute-intensive tasks like machine learning,” he added.

Ubuntu 18.04 comes as a unified computing platform. Having an identical platform from workstation to edge and cloud accelerates global deployments and operations. Ubuntu 18.04 LTS features a default GNOME desktop. Other desktop environments are KDE, MATE and Budgie.

The latest technologies under the Ubuntu 18.04 hood are focused on real-time optimizations and an expanded Snapcraft ecosystem to replace traditional software delivery via package management tools.

For instance, the biggest innovations in Ubuntu 18.04 are related to enhancements to cloud computing, Kubernetes integration, and Ubuntu as an IoT control platform. Features that make the new Ubuntu a platform for artificial intelligence and machine learning also are prominent.

The Canonical distribution of Kubernetes (CDK) runs on public clouds, VMware, OpenStack and bare metal. It delivers the latest upstream version, currently Kubernetes 1.10. It also supports upgrades to future versions of Kubernetes, expansion of the Kubernetes cluster on demand, and integration with optional components for storage, networking and monitoring.

As a platform for AI and ML, CDK supports GPU acceleration of workloads using the Nvidia DevicePlugin. Further, complex GPGPU workloads like Kubeflow work on CDK. That performance reflects joint efforts with Google to accelerate ML in the enterprise, providing a portable way to develop and deploy ML applications at scale. Applications built and tested with Kubeflow and CDK are perfectly transportable to Google Cloud, according to Shuttleworth.

Developers can use the new Ubuntu to create applications on their workstations, test them on private bare-metal Kubernetes with CDK, and run them across vast data sets on Google’s GKE, said Stephan Fabel, director of product management at Canonical. The resulting models and inference engines can be delivered to Ubuntu devices at the edge of the network, creating an ideal pipeline for machine learning from the workstation to rack, to cloud and device.

The latest Ubuntu release allows desktop users to receive rapid delivery of the latest applications updates. Besides having access to typical desktop applications, software devs and enterprise IT teams can benefit from the acceleration of snaps, deployed across the desktop to the cloud.

Snaps have become a popular way to get apps on Linux. More than 3,000 snaps have been published, and millions have been installed, including official releases from Spotify, Skype, Slack and Firefox,

Snaps work on desktops, devices and cloud virtual machines, as well as bare-metal servers, allowing a consistent delivery mechanism for applications and frameworks.

Kubeflow, the Google approach to TensorFlow on Kubernetes, is integrated into Canonical Kubernetes along with a range of CI/CD tools, and aligned with Google GKE for on-premises and on-cloud AI development.

“Having an OS that is tuned for advanced workloads such as AI and ML is critical to a high-velocity team,” said David Aronchick, product manager for Cloud AI at Google. “With the release of Ubuntu 18.04 LTS and Canonical’s collaborations to the Kubeflow project, Canonical has provided both a familiar and highly performant operating system that works everywhere.”

Software engineers and data scientists can use tools they already know, such as Ubuntu, Kubernetes and Kubeflow, and greatly accelerate their ability to deliver value for their customers, whether on-premises or in the cloud, he added.

Canonical has seen a significant adoption of Ubuntu in the cloud, apparently because it offers an alternative, said Canonical’s Fabel.

Typically, customers ask Canonical to deploy Open Stack and Kubernetes together. That is a pattern emerging as a common operational framework, he said. “Our focus is delivering Kubernetes across multiple clouds. We do that in alignment with Microsoft Azure service.”

Economically, Canonical sees Kubernetes as a commodity, so the company built it into Ubuntu’s support package for the enterprise. It is not an extra, according to Fabel.

“That lines up perfectly with the business model we see the public clouds adopting, where Kubernetes is a free service on top of the VM that you are paying for,” he said.

The plan is not to offer overly complex models based on old-school economic models, Fabel added, as that is not what developers really want.

“Our focus is on the most effective delivery of the new commodity infrastructure,” he noted.

Canonical OpenStack delivers private cloud with significant savings over VMware and provides a modern, developer-friendly API, according to Canonical. It also has built-in support for NFV and GPGPUs. The Canonical OpenStack offering has become a reference cloud for digital transformation workloads.

Today, Ubuntu is at the heart of the world’s largest OpenStack clouds, both public and private, in key sectors such as finance, media, retail and telecommunications, Shuttleworth noted.