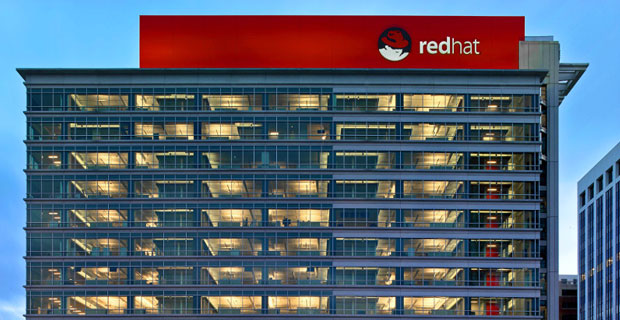 Red Hat on Tuesday announced the general availability of Red Hat Enterprise Linux 7.5, which targets the needs of both Linux server and cloud deployment users.

With the goal of providing a consistent foundation for hybrid cloud environments, Red Hat Enterprise Linux 7.5 includes enhanced security and compliance controls, tools to reduce storage costs, and improved usability, as well as deeper integration with Microsoft Windows infrastructure, both on-premises and in Microsoft Azure.

That challenge is a result of the expansion of enterprise IT footprints to encompass a spectrum of environments — from bare metal to private and public clouds. Organizations have been tasked with pairing existing infrastructure and application investments with emerging digital technologies.

“Most of the new features focus on making life easier and more productive for system administrators,” said Charles King, principal analyst at Pund-IT.

“That fits in with the efforts many or most companies are pursuing to gain cost and efficiency improvements in their IT efforts and budgets,” he told LinuxInsider.

The future of enterprise IT does not exist solely in the data center or in the public cloud, said Denise Dumas, vice president of platform engineering at Red Hat.

Rather, it is a fusion of environments spread across four footprints of IT: physical, virtual, private cloud and public cloud.

“Red Hat Enterprise Linux serves as a scalable, flexible and robust bridge across these footprints,” she said.

The latest version of the RHEL platform provides capabilities that expand from security at scale to increased storage efficiency to drive hybrid cloud forward in the enterprise, Dumas noted.

RHEL generally has been listed in second place among Linux server distros, behind Ubuntu, according to King. However, the company’s close ties with vendors including IBM, Dell and HPE help it maintain a solid footing among their enterprise customers.

“Not surprisingly, the new and updated features in RHEL 7.5 closely align with the interests and needs those clients,” said King.

The most critical changes:

These latest improvements to Red hat Enterprise Linux will drive more enterprise adoption of hybrid cloud systems, the company predicted, as an effective hybrid cloud deployment starts with the operating system. The flexibility, scalability and overall security of the OS plays a major role in whether a hybrid cloud strategy succeeds or falters.

The new release is likely to drive hybrid cloud adoption to a point, acknowledged Pund-IT’s King, but it’s not likely to be a primary driver.

Some of the new features — including enhanced cluster management, improved integration with Windows-based systems, and support for container deployments — can have a place in hybrid cloud environments, he said.

However, “I am not sure that RHEL 7.5 will be a primary driver in those deployments. It is probably more accurate to say that the new distro proves that Red Hat is an effective partner for hybrid cloud-bound customers and is working hard to make those transitions as simple and efficient as possible,” King remarked.

While Red Hat may not single-handedly be driving enterprises toward hybrid cloud deployments, the company clearly has been focusing on configuration management, simplified development and deployment, and — above all — security, said Azul’s Green.

“Red Hat lives in a world of large-scale, complex and business-critical enterprise applications, and the new version of RHEL continues to highlight their leadership in the enterprise space,” he maintained.

“It is this capacity for consistency, regardless of the footprint, that makes Red Hat Enterprise Linux so well suited for hybrid cloud deployments, no matter an enterprises’ current stage of adoption,” he said.

The OS also integrates OpenSCAP with Red Hat Ansible Automation to enable the creation of Ansible Playbooks directly from OpenSCAP scans, which allows faster remediations across a hybrid IT environment.

Sensitive data can be secured better across varied environments with enhancements to Network-Bound Disk Encryption that support automatic decryption of data volumes.

Improved storage performance and efficiency comes from Red Hat’s use of a virtual data optimizer to reduce data storage costs in the cloud and on-premises by up to 83 percent, based on Red Hat’s internal research. VDO reduces data redundancy and improves effective storage capacity through de-duplication and compression of data before it lands on a disk.

RHEL provides this feature as a simplified Web interface. These enhancements eliminate many of the complexities involved with managing Linux-based systems, including network and storage set-ups.

The new release also provides performance improvements for complex Microsoft Active Directory architectures. Those enhancements can help provide a smoother transition for organizations seeking to bridge the scalability and flexibility of Red Hat Enterprise Linux 7.5 implementations with existing Windows-based IT investments, according to Red Hat.

“Despite the version numbering, this is a major new release,” said Azul’s Green. “We are particularly interested in Red Hat’s focus on compatibility with Windows and the Azure cloud, which aligns well with the needs of many tier 1 accounts.”

This functionality enables IT teams to build and deploy containerized applications more quickly without needing to run a full container engine. It reduces the attack surface and removes the need to run a container engine on a system not intended to do so in production.

This latest RHEL release is available via the Red Hat Customer Portal to all customers with an active Red Hat Enterprise Linux subscription.