PanicGuard: Nice Idea but Not Ready for Prime Time 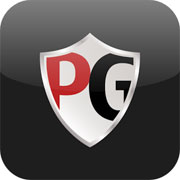 PanicGuard is available for free in the Google Play store.Here’s an app that should bring peace of mind to any late-night solo worker, exerciser or neighborhood watch patroller. 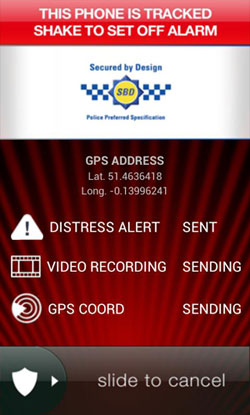 It’s an ingenious combination of personal alarm, tracker and alert creator that uses sensor and other components included in the average smartphone, such as the speaker, to sound an alarm. The GPS and other location services are used for tracking; the video camera is key for capturing the bad guy swiping the phone; and a data connection serves to communicate the alert.

All that is instigated by a shake of the device, which is understood by the phone’s accelerometer and gyroscope.

The idea is that during a threatening situation, you shake the phone. The phone then begins to secretly record video and sound an alarm. At the same time, previously defined emergency contacts are notified. Then, when all is said and done and the phone is no longer in your possession, you are supposed to be able to track the phone’s whereabouts via a website and give that information to the police.

I found only part of this package worked.

The PanicGuard Android app is downloadable with limited, 10-second video service at no charge. Service plans start at US$5.99 a month, including unlimited video and alerts.

There is a more expensive Alarm Receiving Center subscription option, but that feature is only available in Europe and Africa at the moment.

The key to getting things to function is to prep the app when you get it. That means setting up the emergency contacts, who should probably be physically reasonably close by, like on the same campus, say.

This is because when the alert is sent out, your position is provided through a breadcrumb map image, and the email or SMS text suggests that that person goes to your aid. Good idea.

One problem I encountered, though, was that you must turn on the app before you enter any potentially sketchy situations. Like before you leave work, because real-time GPS tracking starts at that point — it’s not always on.

I can’t help but think that there must be a better, less onerous way to do this than logging into the app with user ID and password credentials whenever you leave work. I’d like to see a one-touch widget or automatic login when the phone starts, or a one-button turn-on.

This leads me to another, more serious issue, which is the shake function only seemed to function for me when the screen was lit. There’s obviously some kind of Android Services stay-awake that needs tweaking.

One major part of the app is that you’re supposed to be able to track a phone’s location if it’s lost or stolen. I tested this feature and requested tracking data for my mocked-up lost phone through the website, but I didn’t receive any tracking event notifications, even though the website dashboard knew the phone was lost and I had a data connection.

The dashboard just vaguely said, “We have not received any communication from your phone at this time.” That was it. No explanation.

The developers have put a lot of imagination into this app, gotten some good police marketing-oriented endorsements and have taken smartphone sensors and the like to the max.

I think they’re onto something, but I’d like to see a bit more serious QA in regard to the lack of tracking data delivered by my average smartphone, and the alert-triggering function that needed to be run in the foreground to work. The development isn’t completed.

Fix all that and I could see this app augmenting an enterprise-level security system — like on-campus or in an office park. In fact, the developer is looking to partner and allow re-branding of the app as part of its business model.

If You Search, Advertise on, Invest in, or Have Kids Who Use Google, You Must See This

Ending the US’ Cyberwar Against Its Citizens