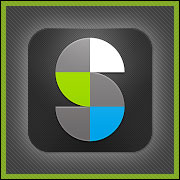 Slices Pro for Twitter,a mobile app from OneLouder, is available for US$4.99 (no ads) at Google Play. 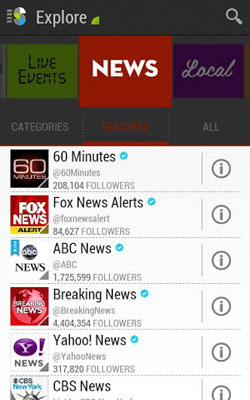 We’re seeing an entire genre of Twitter clients proliferating within the Androidecosystem — each app with its own idea about the best way to interact with themonolithic, 500 million-strong social network.

OneLouder’s Slices Pro for Twitter is the latestclient to grab my attention — not least because it provides a way to browseTwitter directories by category to find the best Follows.

Does this mean it could possibly sift out some chaff?

In addition, Slices Pro promises live streams of daily top events andidentifies trending tweets by city. I like live, so this is interesting stuff.

After my highly successful adoption of the Android app Falcon Pro, which Irecently reviewed, I was keen to see if Slices Pro could beat Falcon Pro and its super-slick live-streaming tweets.

The term “Slices” derives from the unique way this app groups a timeline intocategories — such as News, Local and Politics — to let you view only whatyou want to see.

There were multiple examples of this kind of slice miscategorization in my feed. Ifound things functioned better when I created my own slice categories, because I got tochoose what to place in each slice.

You can edit the existing slices too — time consuming, but ultimately effective.

My verdict on Slices is that despite the problems I encountered, it’s brilliant. It does what it says it does, in that it allows you to follow only the tweets relevant to youat a particular time — editing for Twitter feeds.

In the past, I’ve found it necessary to un-follow certain gabby people during newsy timesin order to focus. I can see Slices letting me tune them out — and back in again during quieter moments for theirsometimes amusing banter.

The second major differentiator in Slices Pro for Twitter is its Explore functionality.

Slices Pro has built directories of dynamic content, like Live Events, Humor, Sports andso on. It’s reminiscent of the days of hard-coded Web search before the engine.

Web search in the old days, like that supplied by Yahoo, used to consist of pages andpages of HTML — static links with associated descriptions based on nested categories.Slices Pro Explore is a dynamic version of that.

I have always found Follows based on username guesswork, @ search, or close study oftweet contributors based on a hash-tagged topic. It’s nice to see an alternative.

A mobile to desktop sync, in beta, is also in the feature-set. It uses forms of TweetCaster,another OneLouder Twitter product. I’ve used TweetCaster for Android before, anddidn’t like the childish cutesy, cartoon-drawn tweeting birds look, so I’ll pass on Betatesting sync for now.

I don’t want cute birds forced down my throat unless they’re cooked.

Slices Pro doesn’t live-stream like Falcon Pro does. You still have to refresh the screento see the latest tweets.